Don't take our word for it

A bubble flash mob broke out at Westlake Park on Saturday. Why? Because who doesn’t love bubbles? 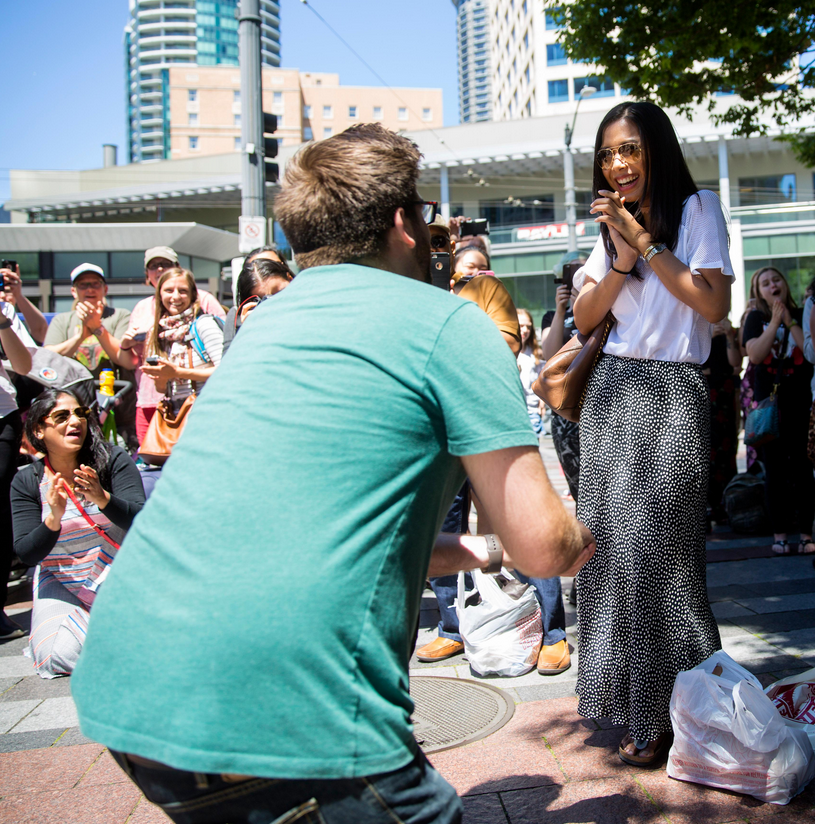 A bubble flash mob broke out at Westlake Park on Saturday. Why? Because who doesn’t love bubbles? 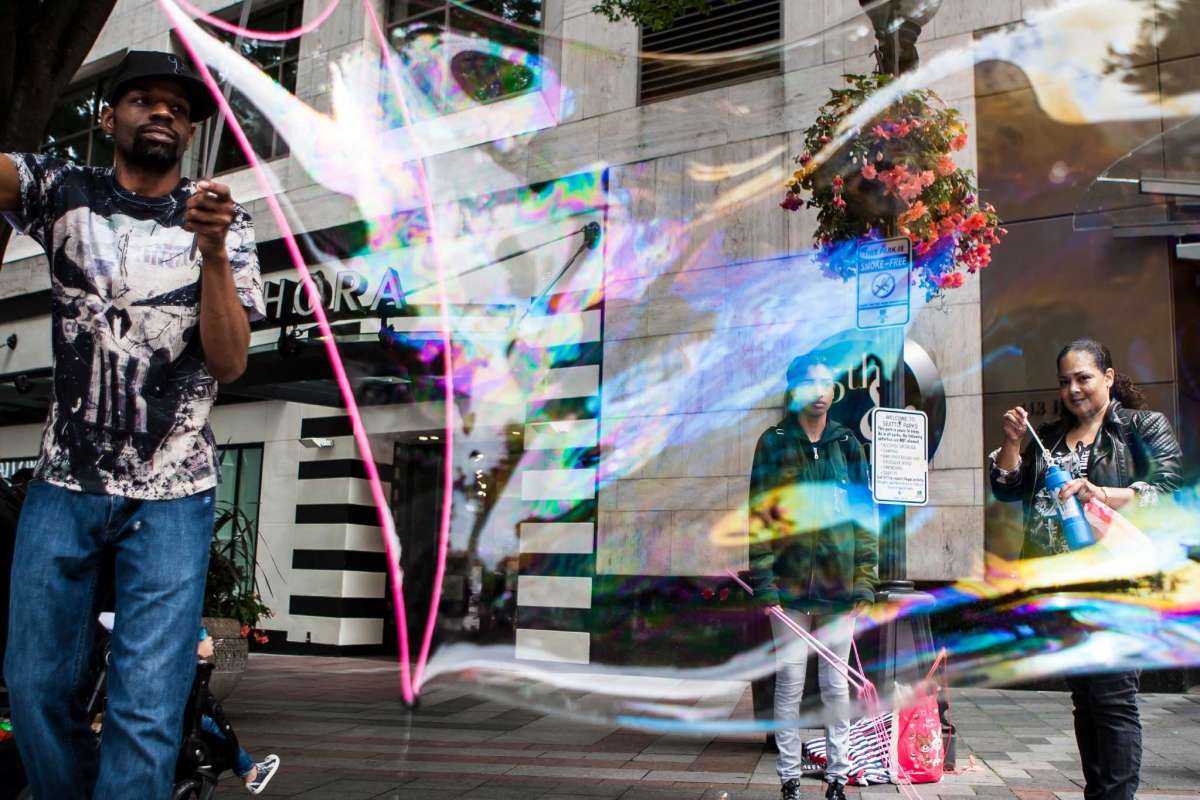 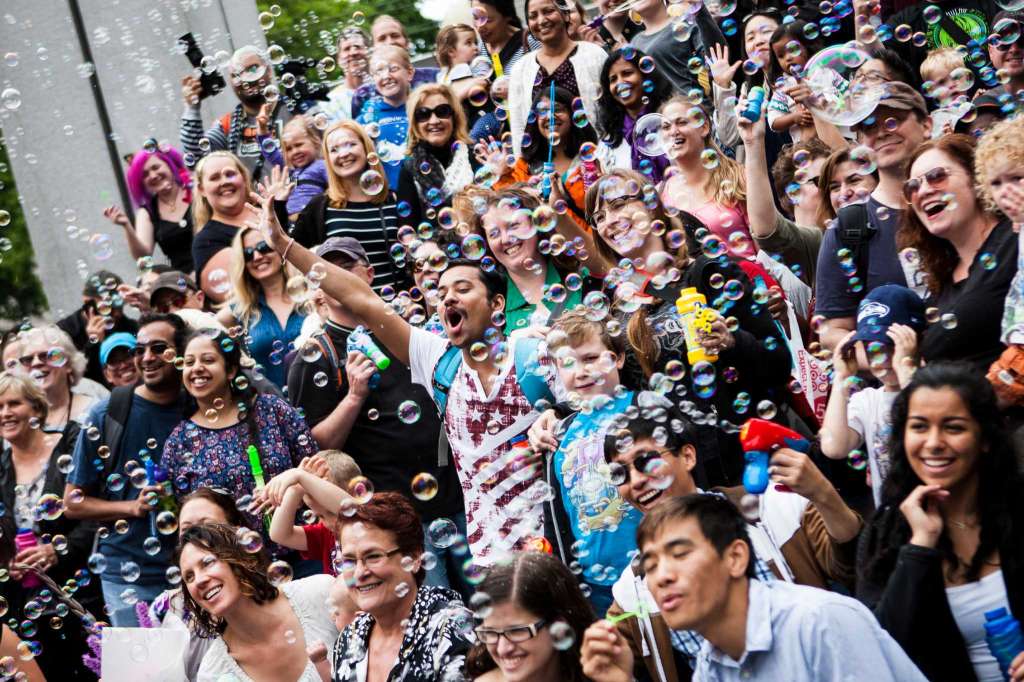 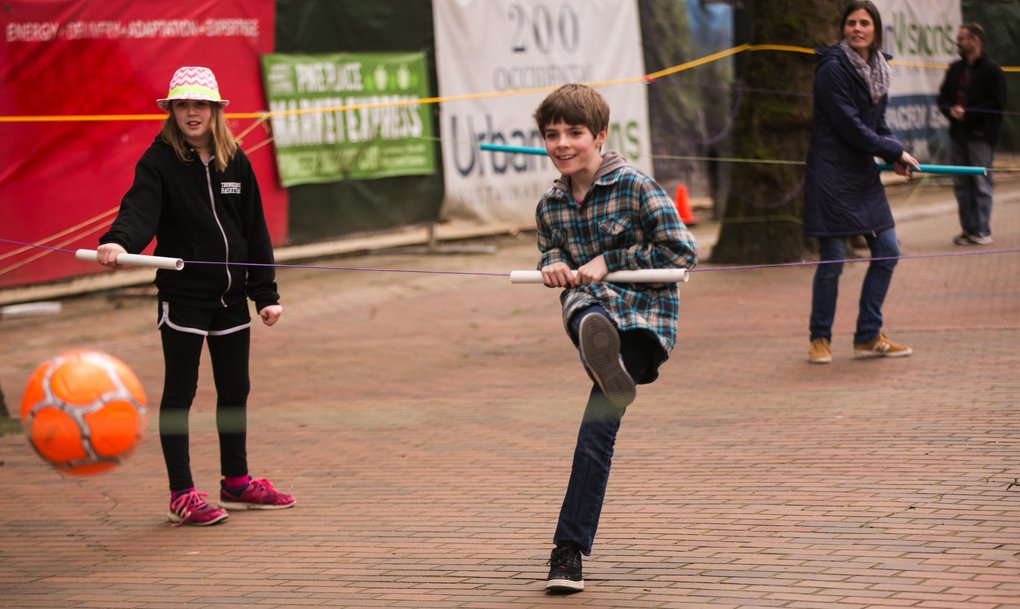 Gabe Vannelli, 12, center, plays a game of Human Foosball at Occidental Square on Friday in Seattle’s Pioneer Square neighborhood. The activity replicated the
popular the tabletop game. The Downtown Seattle Association co-produced
the event with Bubble, part of DSA’s ongoing programming and activities
in Occidental Square and Westlake Park. “You’re your own plastic
player,” said owner of Bubble. 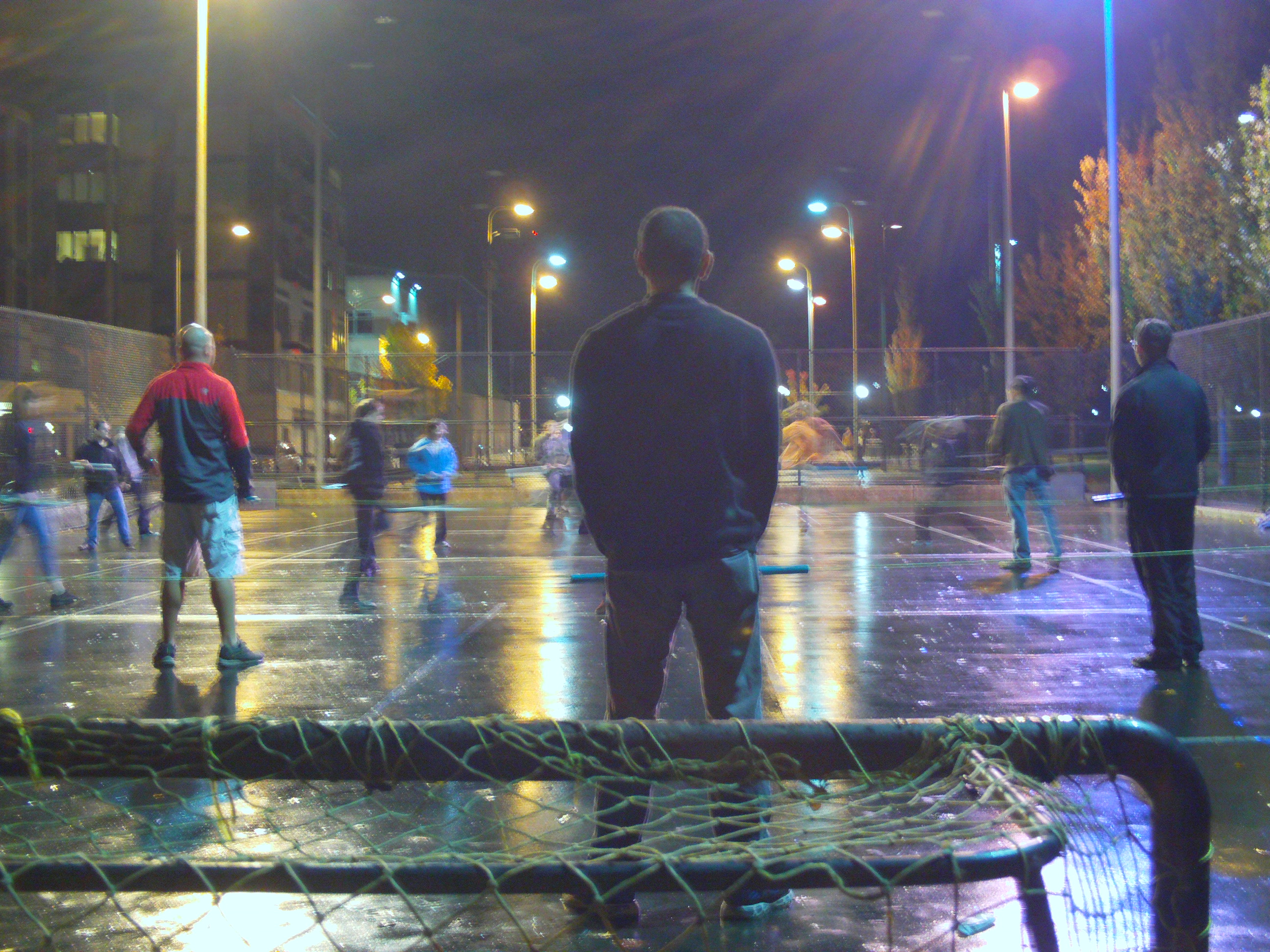 Human Fosball is a thing, and you missed it

People walked by the tennis courts at Cal Anderson Park on Saturday looking very confused, but when they figured what was going on, they laughed.  Players square off during a game of Human Foosball held at Cal Anderson Park Saturday, Nov. 3. Chason Gordon / The Capitol Hill Times

In soccer, you’re not allowed to use your hands. In human foosball, it’s mandatory. You need them to hold onto the rope.

The setup was ingenious. Ropes were tied to each fence wall, with little handles that slid along them for the players to hold onto. When the ball came your way, you had to play it while staying on the line, just like the plastic figures on a foosball table.

Human foosball is another in a long line of sports that have nothing to do with tennis being played on the tennis courts. It was organized by Bubble, a group that is “bringing back all the fun” of recess, except for the part when you were bullied. Their next event is a flash mob pillow fight.

While similar, the human version was not quite like the real thing. The players did not wear the standard red and blue of their plastic counterparts. They moved their arms and legs (some even held onto the bar with one hand, which I think should be a penalty). And there was no way to shake the table in frustration. But like foosball, the good players did stop the ball before kicking, and at one point, a goalie almost knocked it into his net. All that was missing were giant wooden handles along the side.

These players must at least be given credit for one thing: while plastic foosball figures have to stay on the line, human foosball players choose to.

At one point during the game, a cyclist rode by and yelled, “Tired of life stringing you along?”

No word yet on when they’re playing human table hockey.
To learn more about Bubble, go to www.bubbleseattle.com